He Knew How To Pronounce "The Year Without Michael" Also 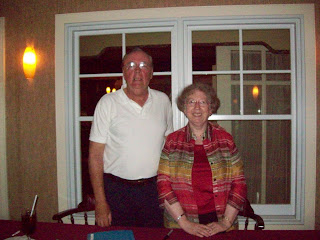 I had the pleasure last night of meeting James Patterson. Jim (or as I prefer to call him, Mr. Patterson) introduced me at a fundraising dinner where he was the headliner and I was the person who spoke after him.

I pulled out my handy dandy camera and filmed him introducing me, but the sound didn't turn out very good. You can hear him say "Susan Pfeffer" (pronouncing my name correctly, I'm delighted to report), but that's about the only thing you can really make out, so I'm not going to post the video here.
There are pictures though, in which neither of us looks too fabulous (he's a terrific speaker, by the way). I had planned on posting other pictures today, so I'll include one of them, and you can just imagine him saying, "Susan Pfeffer."
The other pictures will include one of Scooter sleeping, which he does very well, and my mother at the Orange County Arboretum (we went on Wednesday) and flowers at the Arboretum. I absolutely adore flowers, but I haven't mastered the art of taking good flower pictures. The one I'm going to post is the best one I ever took, and I magically plopped it onto my computer screen, so it greets me every time I turn the computer on. 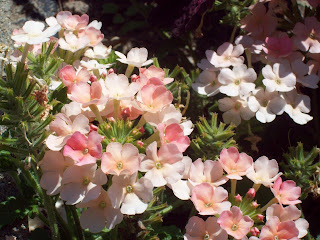 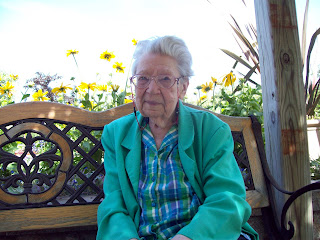 So with further adieu, I'm off to post the pictures and fantasize about other famous people introducing me. Then I'll eat some cookies.
It's a good life. 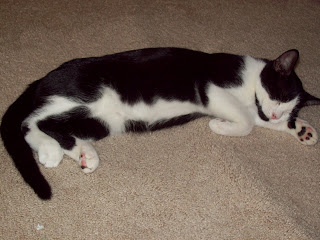 It's a great picture of you and Jim. Pretty exciting! I know how you felt because that's the way I felt when I met you! Where was my camera?

I was very impressed with Mr. Patterson. Among other things, it was a golf event and dinner, and he and his team came in second in the golf event.

Which is better than Tiger Woods did today.

I'm also very impressed with me, because I came up with a wonderful phrase (I'm not a great phrase artist, so when I come up with a good one, I really impress myself).

So when I explained to the audience that that was my plan, I said it was because I'd decided I didn't want to be "a freestanding anti-climax."

Isn't that lovely? I can't wait for another occasion to use it!

Yes, love it! Perfect and smart!

Which J. Patterson is this? I'll be happy for you, regardless, but there are a couple of "freestanding" Jim Patterson's around.