Should I Do Rewrites? Or Should I Go To An Adam Lambert Concert? 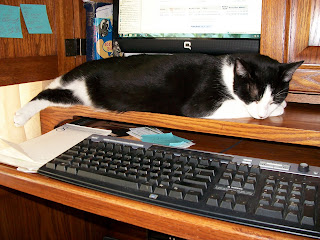 I say both, although I'll have a lot more fun at one than the other.
Scooter says neither. He votes for nap.
The rewrites are coming along. My editor didn't ask for that much, and what's slowing me down is that I've been rewriting things she didn't mention. As you may recall, from the little I've revealed about Blood Wounds, my heroine, Willa, has two stepsisters. I've been rewriting material about her stepsisters' mother, a character who is never seen in the book, but who certainly has an effect on the story. Like most of the other rewrites I've done, I started at the back and then had to rewrite an earlier section. Bah, bah, and double bah. Most likely I'll finish by the July 1 deadline, but it'd be easier if 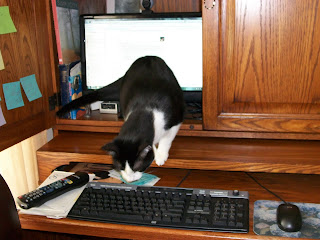 I stuck to what I was asked to do and not what I know will also make the book better.
My writing life as a lot easier when I wasn't so fussy. I hold all of you responsible. I don't want to disappoint you.
Oh well. I'm sure Adam Lambert feels exactly the same way, that he doesn't want to disappoint me (or at least all I represent). Tomorrow I'll be going to my second and a quarter concert, once again going with my friend Pam (although she didn't go to the quarter concert). The concert is at Foxwoods, and there's an exhibit of Titanic artifacts we plan on seeing. When the concert ends, we'll drive to our friend Janet's and spend the night there. So it's going to be a long wonderful rewrite free day.
Alas, I can't say the same about today! 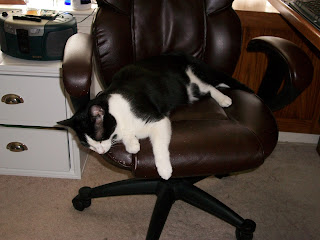 OMG!!! I love the Titanic! I know everything about it. I am like a walking Titanic encyclopedia, so if you want to write a book about people on the Titanic let me know. I'll suply you with lots of info all the way down to the wood. I saw that exhibit advertsisement when I went to the mall. I'm checking it out later (the site). Also, hope you and Pam have fun at your 2 1/4 Adam Lambert concert. I'm glad your rewrites are going well(ish). You can make the deadline (that's the day I go to Disney World). Well, once again have fun on your rewrite free day.

No worries. We enjoy your work.

Hi to Sunshine and Fear Death By Water-

Well, just as long as no one compares my career to the Titanic, I suppose I'm all right!

Yesterday, as I was riding my bike to the beach, I saw a young girl walking in the opposite direction on the other side of the street. She was reading LAWKI as she walked along. I slowed up a bit and hollered across the road, "Great book, huh?" She looked up at the crazy lady shouting at her, frowned, then smiled and said, "YEAH!"

Sunshine,
hey u should read stories at this site www.lovegivesmehope.com its really good and cute!

And Susan I LOVE learning about the Titanic! its just so interesting!