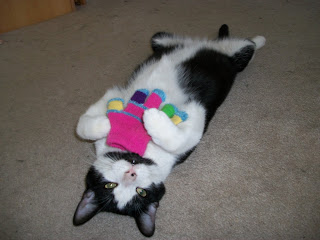 It's hot out there.

Seeing as I live in New York, it's hot and sticky. I just walked over to my mailbox to get my essentially non-existent mail, and I can attest to both the hotness and the stickiness.

I'm still waiting to get the copy-edited version of Blood Wounds, which, when it arrives and I start working on it, will no doubt make me feel hot, sticky, and irritable.

It's always good to have something to look forward to.

September is a very celebratory month in the Pfeffer family. My mother's Extremely Big 99th birthday is on Sunday, followed a few days later by my brother's birthday, which is also his step grandson's birthday (how's that for a nice coincidence), and then a bit later in the month, my parents' wedding anniversary.

In the midst of all this is Rosh ha-Shanah, a holiday I like because it gives me another shot at making New Year's resolutions. I haven't decided what this year's will be.

One year I resolved not to blaspheme, which I had terrible trouble keeping, so I figured I'd be better off finding some other commandment to follow, and my brother said I should just look through the Bible, since they all have equal weight. I found a lovely one that said if your enemy is walking on the side of the road and his mule breaks down, you shouldn't make fun of the mule. Or something like that.

I really liked that as a resolution, and I'll be darned if shortly thereafter I wasn't in a situation where something almost like that kind of happened. Okay, it wasn't my enemy, and there was no mule (there wasn't even a side of the road), but I was in a situation where someone I didn't have any particular positive feelings toward behaved badly (if he wasn't drunk, he was doing a fine impression of it), and I kept my mocking to myself. Well, that's probably not 100% accurate either, since I was with friends, and no doubt on the drive home, I said a thing or two that could have been interpreted as less than charitable. But I didn't do it in front of the guy or his mule, if he'd had one, and I hope he did, or at least that he had a designated driver, now that I think about it.

Hmmm. I liked that resolution. Maybe I'll make it again, instead of searching for a whole other one I'll have trouble keeping.

And be sure to say hi to your mule for me!
Posted by Susan Beth Pfeffer at 12:13 PM

I love you Susan your the best

Hi Nora and Danny and thank you both!

I'm Diego remember! I don't know why it says Danny in my email this is my second email though ha ha love you so much I hope thers a 4th book

check out my BLOG