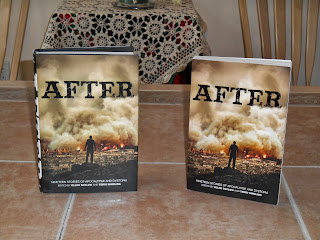 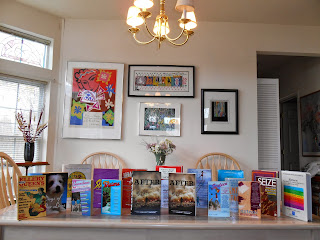 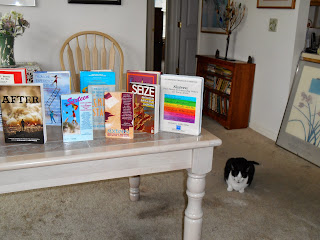 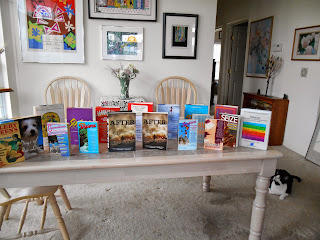 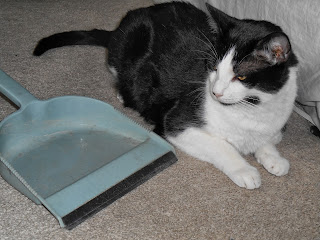 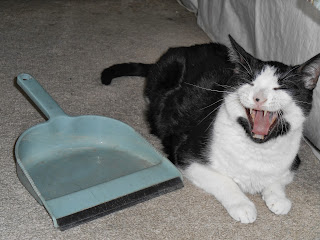 I haven't heard of this anthology before, but it sounds very interesting. I love reading dystopias! :) And the picture looks quite exciting...
Need to find out wether I can order this from Germany anyhow.

Thank you for showing this here! :)

I hope you can get it in Germany!

Mrs.Pfeffer! You are simply a card! I couldn't stop laughing at the picture of the dustpan and Scooter!

Why that's a rather Gorey-esque dog story. Purrfectly droll.

In exactly one month I will be able to open and enjoy Shade of the Moon. I cannot wait. Mrs. Fear Death By Water has hidden it from me now to avert temptation.

Happy countdown to your birthday, Fear Death By Water!