We Welcome A New Member To The LAWKI Family 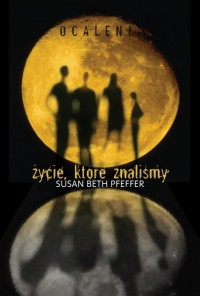 The Polish version of Life As We Knew It has arrived.

I know absolutely no Polish, but on the back jacket it says it's a "trylogii z pogranicza science-fiction i dystopii," the only part of which Spellcheck doesn't loathe is "science-fiction."

"i" means "and" which we learned when I brought Marci and Carol (the book's dedicatees) their copies and Carol asked why her name now starts with "i."

But what I like a lot is the book jacket. You'll see, in a moment, that my copy has this cool wraparound that says: GONE Dla Fanow Serii. Google Translations says Dla Fanow means For Fans, but it refuses to acknowledge that GONE is a Polish word, so I'm assuming GONE means Gone and that's the Polish name for the trylogii (just like the UK trilogy is called The Last Survivors). 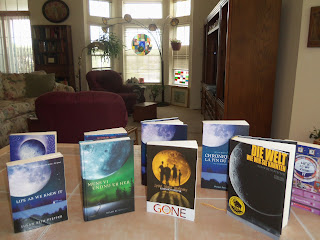 Naturally, I introduced zycie, ktore znalismy to its relatives. Notice how I cleverly placed the German version close by so you could admire its Buxtehude Bulle sticker. 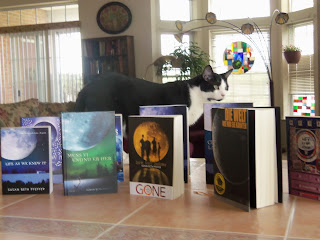 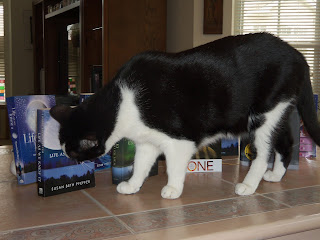 He has a particular fondness for the American paperback version, since that's the one that pays for most of his cat food. 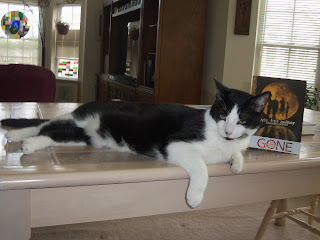 But he's as happy as I am to get to know zycie, ktore znalismy!
Posted by Susan Beth Pfeffer at 3:18 PM

You should celebrate by having some Pierogen!

You make them and I'll eat them!