Entitlement Or The Lack Thereof

AKA: Title? Title? We Don't Need No Stinkin' Title.

I then email her a whole new title with only 37 variations (notice, all these variations are prime numbers- I love prime numbers), and she emails back 3 possible titles with 5 variations each, which is, of course, her way of saying No!

So I email back No! 15 times (which is my way of saying No!) and send her a few new, even more splendid title possibilities, and I never hear from her again.

It's funny. For years and years and dozens and dozens of versions, the fourth moon book was known as The Shade Of The Moon. Then my editor expressed some reservations about the title, and the next thing I knew I was hosting a poll on what version of Shade/Shadow you all preferred.

Then I began begging you to come up with a title for me. Then I started coming up with titles on my own.

The next thing I knew I was no longer hearing from my editor.

This morning, while exercycling, I came up with a perfectly wonderful title that has nothing to do with the book so it's of no use to me, but one of you might like it for something you're writing:

When We In Death Awaken

Isn't that gorgeous?  I liked it so much, I wrote a poem:

When we in death awaken
To the smell of burning bacon

My editor and I figure out a title we both like.

We call it The Shade Of The Moon and forget this whole business.

For lack of a title, the book never gets published, but I get to keep the money anyway (not that I've seen the money, but a girl can dream)

We go the Robert Benchley route: 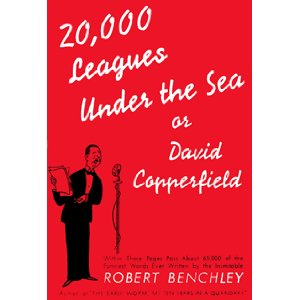 With all that volcanic ash floating around, 50 Shades Of Grey would work just fine!

sounds great to me!

Well, I sent my editor another title possibility, sadly not with a single shade of grey in it.

I hope you two can come up with something soon - I'm looking forward to the new Moon book regardless of what it's called. Oh, and I'm totally stealing When We In Death Awaken for my NaNoWriMo novel this year! Thanks! It's a ghost story, so I think that title totally works!

Did anybody suggest variations on Just Don't Look Up yet? Usually I'd never suggest a James Bond switcheroo-type title, but it does sort of evoke trying to get out from under the moon problem and just live a balanced life.

Anyway, good luck. I'd read a book called 50 Shades of Pyroclastic Flow in a heartbeat!

I'm glad When We In Death Awaken is going to a good home. I agree- it should go nicely with a ghost story.

I don't remember any Just Don't Look Up kinds of titles, but at this point, I can't keep all the title possibilities, my own and everyone else's straight.

I'm still waiting to hear from my editor about this morning's idea. If I ever do hear anything, I'll let everybody know.

Or, under the circumstances:

When There's Nothing Left to Name

Maybe you're scaring your editor.

Hello to Anonymous W.S. and Anonymous-

I kind of like When There's Nothing Left To Name, except, of course, in this case there are about 280 pages left to name.

And I certainly hope I'm scaring my editor. That's what writers live for!

No, no, no - There's nothing left, then, on earth to name, because there's almost nothing left. Silly.

How about "READ ME - I HAVE NO TITLE, BUT I ASSURE YOU I'M WORTH IT". I'd buy a copy! Hmmm or "Too Busy Trying To Avoid Death Throughout the Book, No Time To For a Title".

No matter what the title, I can't wait to read it!

Hello there Anonymous W.S. and Tara-

I am pleased to announce I have company coming for the weekend and will therefore not think one bit about books, revisions, titles or lack thereof.

For 3 days, I may not think at all (except about those yummy pastries I bought)!

I would read the book if the name was just flat out ' Moon ' ! I just absolutely love the moon series and they are my all time favorite books, no doubt. Just today I was thinking- will there be a fourth book? So I decided to look it up- and here I am! I can't wait. I've done book reports on the first 2 books and read all 3, and i've gotten all my friends into them. Sometimes I just sit & wonder... what would life be if I was Miranda, or Alex, or any of the characters. Anyways, I don't think I can wait any longer. I love your books, keep up the good work!

I had to write a lot of book reports when I was in school, so I really enjoy hearing that other people are writing book reports on books I wrote.